PARROT EATS BUTTONS ON THE LAPTOP 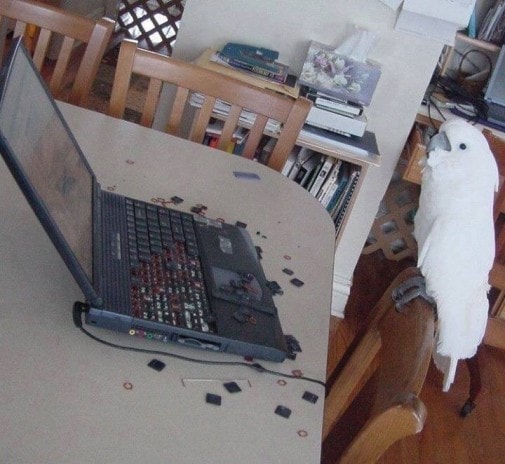 Parrot eats buttons on the laptop