SQUIRREL FELL OF THE ROOF 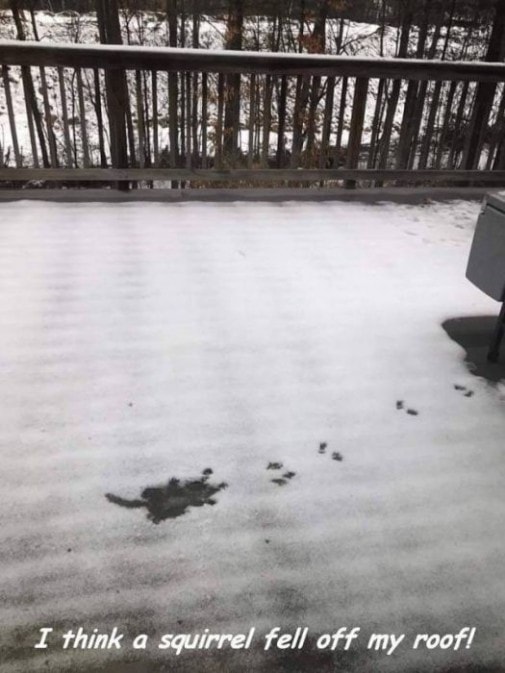 Squirrel fell of the roof