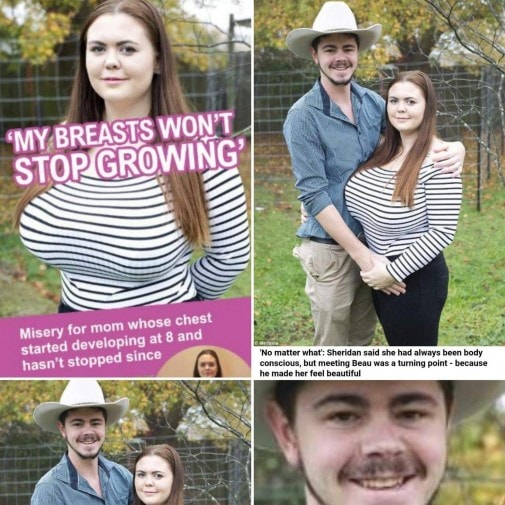 Satisfied man due to woman´s breasts