NO BATTERIES NO PROBLEM CUCUMBER 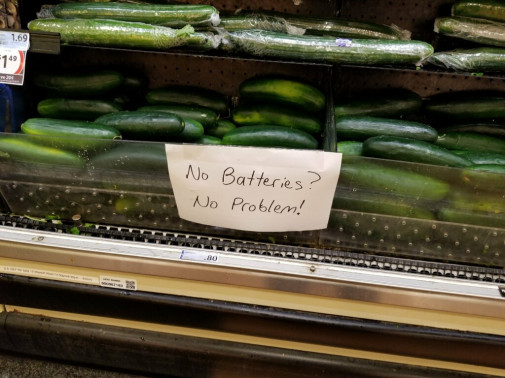 No batteries no problem cucumber