BUY COCA COLA AND GET SALAMI FOR FREE 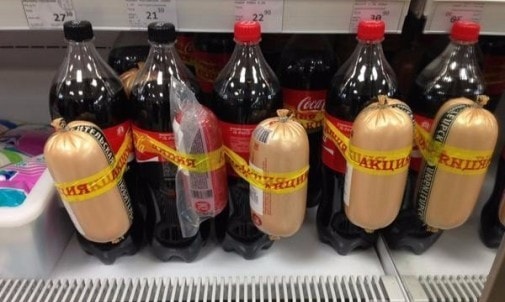 Buy coca cola and get salami for free