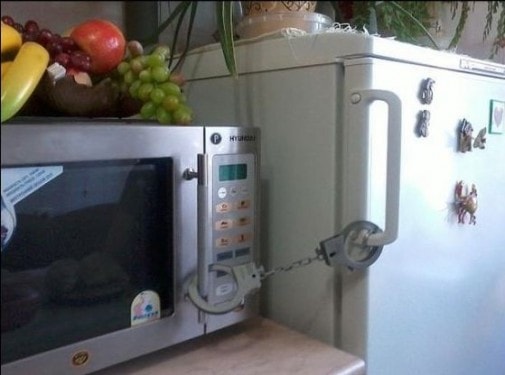 Fridge and microwave are locked