JUST DO IT TOMORROW 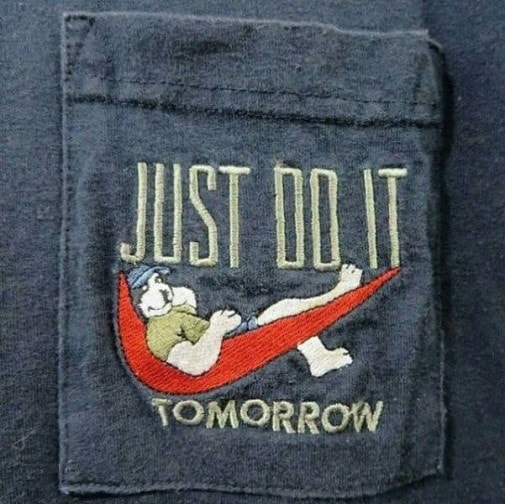 Just do it tomorrow